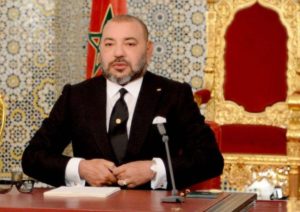 Migration is not a security issue – nor should it become one… and security concerns should not be invoked to deny mobility.

The statement came in the Message that King Mohammed VI has addressed to the Intergovernmental Conference on the Global Compact for Safe, Orderly and Regular Migration, taking place in Marrakech Dec.10-11.

A repressive migration policy will not be a deterrent. Through some perverse effect, repression deflects migratory dynamics, but does not stop them, the king said. Migrants’ rights cannot be ignored simply because there are security concerns. Their rights are inalienable. The side of the border on which a migrant stands does not make him or her more or less human.

Addressing security concerns should go hand in hand with socio-economic development policies, which tackle the root causes of risky migration, the King underlined in his message.

The King who insisted that security concerns should not be invoked to deny mobility, said mobility can actually be turned into a lever of sustainable development, at a time when the international community is seeking to implement the 2030 Agenda.

Dealing with the migration challenges in Africa, the sovereign said the African continent will not be the subject of the Global Compact, but will be a key actor of the compact.

“The African Agenda on Migration has laid out its roadmap. It has played a pioneering role, anticipating the importance of being aware of migratory dynamics, something which has been acknowledged by the Global Compact,” he said.

“The African Agenda has dedicated a fully-fledged institution to migratory dynamics, the African Observatory for Migration and Development, which will have its headquarters in the Kingdom of Morocco and which is explicitly mentioned in the Compact. My hope is to see the work of this Observatory effectively enhanced through networking with similar institutions in other regions.”

At each stage along migratory routes, with each level of integration achieved and each proven complementarity between migration and development, it is the voice of young people that we hear. And it is to their needs that we are responding, he said.

“Between unacceptable laxity and the intolerable ‘all-about-security’ approach, there is a course of action which we are initiating today. A course of action, which embraces solidarity-based sovereignty rather than exclusion-centered nationalism, multilateralism rather than ostracism, and shared responsibility rather than institutionalized indifference. After all, this is what it is all about: putting an end to disorder, while injecting humane values into the order,” King Mohammed VI underlined.

The King then underlined Morocco’s longstanding, voluntary commitment to migration issues, as expressed through a policy, which is “humane in its philosophy, global in its substance, pragmatic in its methodology and responsible in its approach.”

“Our Vision consists in anticipating the future to build orderly mobility. Our approach consists in invariably seeking to strike a beneficial balance between realism and proactive action – between the legitimate interests of States and respect for the human rights of migrants,” he said, recalling that in view of the national success of this approach African heads of state entrusted him with the mandate of African Union Leader on the Issue of Migration.

“It led to the African Agenda on Migration, which was unanimously adopted by the African Union Conference in January 2018. Quite naturally, therefore, our domestic and continental vision is fully in line with our international commitment, through the Global Compact.”

“Both reflect a constant pursuit of innovative compromises between border management requirements and the protection of migrants’ human rights, between migration issues and development needs. Both concern and imply collective responsibility, answerable sovereignty and humane pragmatism,” he underlined.

The sovereign pointed out that the Global Compact is not an end in itself. It will be meaningful only if it is effectively implemented. Viewed from this angle, the Marrakech Conference is, first and foremost, a call to action. And Africa has already responded to this call! It does not intend to be on the sidelines.

UN Secretary General Antonio Guterres said at the opening of the intergovernmental conference that the Pact aims to strengthen “cooperation on international migration in all their aspects”. The UN Chief underlined the importance of this Compact as a roadmap to prevent suffering and chaos, and to provide cooperation strategies that will benefit all.

Unregulated migration bears a terrible human cost: a cost in lives lost on perilous journeys across deserts, oceans and rivers; and a cost in lives ruined at the hands of smugglers, unscrupulous employers and other predators, Guterres underlined, noting that more than 60,000 migrants have died on the move since the year 2000, which is a source of “collective shame.”