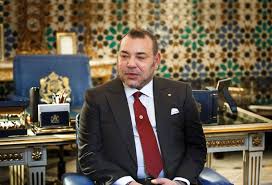 King Mohammed VI of Morocco has reiterated his commitment to promote good governance, improve public administration services and preserve citizens against any administrative or legal abuses.

This came at separate meetings he held Thursday at the royal Palace in Rabat with the heads of two constitutional institutions that he named the same day.

The King emphasized when receiving Mohamed Bachir Rachdi all the importance he attaches to the fight against corruption under all its forms, given its negative impact on the functioning of public administrations and institutions, said the Royal Office in a statement.

The King also underlined “its impact on services for citizens, and the negative repercussions of this plague on the different sectors of the national economy and the achievement of a sustainable and balanced development”, said the statement.

The Sovereign urged the new president of the anti-corruption watchdog to endeavor for the optimal implementation of the missions entrusted by the Constitution to this national body, tasked with taking initiatives, coordinating, monitoring and carrying out anti-corruption policies.

The national authority for probity, prevention and fight against corruption also seeks to streamline public life, uphold the principles of good governance, promote public service culture and the values of responsible citizenship.

At a separate meeting with the new Ombudsman, the Sovereign stressed the need for the institution to fulfil its mission, mainly through its contribution to upholding the principles of the rule of law, transparency and good governance in the management of public services.

The Sovereign also called the Mediator institution to continue making recommendations aimed at “guaranteeing the equality of citizens before the law and the administration and improving the quality of services provided by public institutions, State services and local authorities”, said a statement released by the Royal Office.

The King underlined the role of the Ombudsman Institution, as a key player in ending injustices and defending the rights of citizens against any abuse within the frame of the respect of the principles of the rule of law, justice and equity, added the statement.

King Mohammed VI also called on the new Mediator to build on achievements made, while ensuring the full implementation of the powers of this Institution both with regard to mediation and rapprochement procedures and with respect to proposing legal resorts.

The Mediator Institution handles complaints lodged by citizens regarding several issues including expropriation, enforcement of court judgement, taxation, and misuse of administrative procedures…

It issues proposals and recommendations for the simplification of a complex administrative procedure, or a law whose firm implementation or incompatibility with the changing realities may be unfair and harmful to the complainants.

The Mediator Institution also seeks to bridge the gap between citizens and the public administration in a bid to restore a trust-centered relationship based on the spirit of good citizenship, rule of law and principles of human rights, justice and equity.