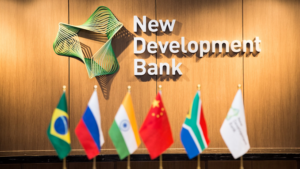 In a meeting held last week in South Africa, the President of the New Development Bank (NDB), announced a $2.3 billion investment plan for South Africa in 2019, in several sectors. Faced with a glaring energy deficit, South Africa is trying to green its energy mix.

The NDB has signed a $300 million loan agreement with the Development Bank of Southern Africa (DBSA)to support the production of renewable energy and the reduction of greenhouse gas emissions. The funds will be directed to the Government’s Renewable Energy Supply Programme for Independent Producers (REIPPP).

The financial institution has also signed a $180 million with Eskom to build interconnection lines. “The conclusion of this inaugural transaction with NDB will significantly contribute to the achievement of Eskom’s objectives to reduce CO2 emissions in South Africa,” said Calib Cassim, Eskom’s CFO.