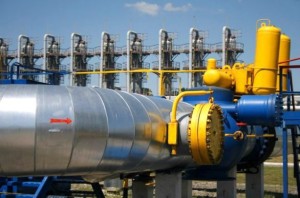 According to a study by Saudi-based Arab Petroleum Investment Corporation (Apicorp), Algeria is on the verge of facing gas supply shortages as concerns over the exhaustion of its natural gas reserves begin to gain more attention. The government is obliged to take a step towards aligning strong demand with the lack of new gas discoveries. Demand is expected to rise from around 30.9 billion cubic meters (bcm) in 2012 to 47.5 bcm in 2020, and 70 bcm in 2030.
The report stated that the new hydrocarbon law is part of its efforts to limit the effects as it strives to promote the principle of “domestic market obligation.” It also explained that it is the reason behind the government’s late focus on renewable energy and unconventional gas. Ali Aissaoui, senior consultant at Apicorp and author of the report, said Algeria’s problem remain unsolved by such policies because of the “significant and unsettling shift in the supply and demand of natural gas in Algeria.” He warned that the government should also concentrate on revising domestic pricing and subsidy reforms due to the alarming rise of local demand.
The Organization of Arab Petroleum Exporting Countries (OAPEC) estimates Algeria’s gas reserves to be around 4.5 trillion cubic meters; ranking it fourth among Arab countries. Recommendations have been forwarded by the senior consultant for the country to follow. One of them is to monitor its production capacity ratio with the rising demand so that it can establish a reasonable local pricing in order to “rationalize consumption.”
Aissaoui finally added that Algeria’s ‘energy consumption pattern’ which was formulated in the early 1980’s should be revised because doesn’t take into consideration the “changing political economy and social contexts” in order to allow a more socio-economic way of distributing its energy resources.