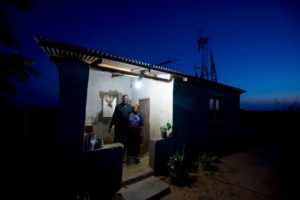 In Malawi, JCM Matswani Solar Corp, an independent power producer (IPP), has launched a call for tenders for the construction of a 20 MW solar power plant in the central region of the Southern African nation.

According to the specifications of the tenders, the selected company will build a solar power plant with panels fixed on solar trackers with string inverters.

The selected company will also be responsible for building a 132-kV transmission line over a distance of 400 m and connecting it to the power transfer station in the National Grid.

All the installations will produce 20 MW, according to JCM Matswani. The plant is set to sell power to the Electricity Supply Corporation of Malawi Limited (ESCOM) under a long-term PPA.

Golomoti’s solar project is being developed in partnership with InfraCo Africa, a UK-based infrastructure project development and financing company focusing on sub-Saharan Africa.

The two companies are already partnering on construction of Malawi’s largest PV plant – the 60 MW Salima project – for which JCM issued a similar EPC tender in February 2018.
Only 12% of Malawi’s population has access to electricity and the government wants to raise that figure to 30% by 2030.