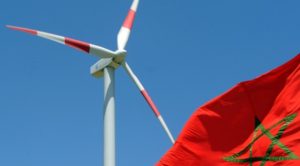 The report was presented in Rabat by Dr Fatih Birol, the International Energy Agency’s Executive Director, in the presence of Morocco’s Minister of Energy, Mr Aziz Rabbah.

According to the in-depth review of Morocco’s policies, the agency has noted the government’s positive efforts to boost renewable investment, provide access to electricity, and phase out of subsidies for fossil fuel consumption.

The report also provides detailed recommendations to maintain the momentum for reform and increase ambitions for the country’s energy transition.

Morocco is pursuing an energy transition pathway to reduce greenhouse gas emissions by 2030. The Kingdom has ample opportunities for efficiency improvements and more renewable deployment, the IEA report noted.

The review also provides recommendations for strengthening oil, gas and electricity security. The country still relies on oil, gas and coal imports for 90% of its energy needs and coal accounts for 54% for the energy generation.

As a reminder, Morocco is home to the world’s largest concentrating solar park at Ouarzazate.

About Khalid Al Mouahidi 3674 Articles
Khalid Al Mouahidi : A binational from the US and Morocco, Khalid El Mouahidi has worked for several american companies in the Maghreb Region and is currently based in Casablanca, where he is doing consulting jobs for major international companies . Khalid writes analytical pieces about economic ties between the Maghreb and the Mena Region, where he has an extensive network