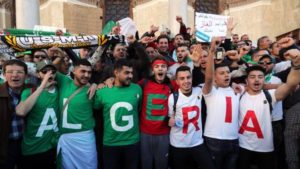 In Algeria, two unknown opposition figures have registered for the country’s July 4 presidential election, the Constitutional Council announced on Sunday. The public radio had reported earlier that the deadline had passed without any candidacy.

According to the Constitutional Council, the two candidates are Abdelhakim Hamadi and Hamid Touahri, both unknown figures to the public.

Al-Jazeera reported that dozens of candidates said they intended to run for the top job but virtually all of them failed to get the required number of signatures.

The North African nation has been rocked by months of protests since Bouteflika announced his run for a fifth term in February. Despite his resignation in April, protesters have continued to hold mass demonstrations calling for an overhaul of the “system” and the departure of the regime’s key figures.

The longest-serving head of state has surrounded himself with a powerful circle of fellow veterans of Algeria’s war for independence from France, as well as business tycoons, military commanders and influential clan members. Together, they are known as “le pouvoir” — the Power.

Protesters have already expressed opposition to a government-led transition under the procedures outlined by the constitution, and are instead demanding a complete “democratic” transition.