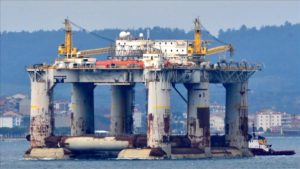 The South African Oil & Gas Alliance (SAOGA) is eyeing more investment in the Angola oil and gas sector to strengthen existing relations between the two countries and aid in the formation of commercial partnerships and joint ventures.

According to Niall Kramer, CEO of SAOGA, the oil-rich southern African nation remains a strategic and significant trading partner to South Africa.

“SAOGA sees positive oil and gas opportunities in South Africa, Angola and Mozambique. As a result, we aim to take members directly to Angola to understand the opportunities on the ground and meet local project owners,” said Niall Kramer.

In his words, there is an obvious synergy that exists between our members and the capacity and needs of the region, and SAOGA seeks to capitalize on that synergy.

The government of Angola has recently created visa-free travel for South African nationals as just one of several reforms implemented to foster intra-African cooperation.

The oil-rich nation has also released a new oil licensing strategy up to 2025 and is about to launch for the first time a bidding round that includes marginal oil fields with an attractive fiscal framework.

Oil concessions are now overseen by a new and independent agency, the ANPG, which took this responsibility over from state-owned Sonangol in a move to make the process more efficient and transparent.

The country has passed a private investment law that eliminates the requirement for local partners to hold a minimum stake of 35 percent in the share capital of a company, in an effort to attract foreign direct investment.