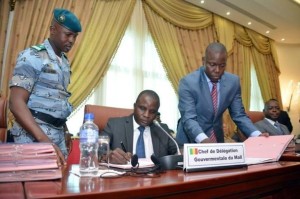 Campaigns for the July 28 presidential elections has officially started in Mali last Sunday, after the west african country was destabilized by a military coup which lead to an invasion by the Tuareg rebels in the northern part of the country.
The coming elections would be the first after the Country’s Ex president Amadou Toumani Touré resigned from power. Mali looks forward to restoring peace, order and stability within its territory after 18 months of unrest and political crisis. The government recently signed an agreement deal with the rebels that have eased tensions. However some others are skeptical whether the elections would be successful, as they believe it is being rushed and could possibly put the country into further crisis.
The head of the United Nations, Ban ki-Moon, is hopeful that the elections in Mali will be carried out smoothly without any hindrance, saying “the situation in Mali is of great concern”. He added that “It is vital that these elections be credible and peaceful, with an outcome accepted by all Malians.”
No member of the current transitional leaders is among the candidates running for presidency in the next elections, in compliance with an agreement they have signed with the West African Community, in the wake of the March 2012 military coup. Furthermore some of the candidates are veteran politicians and a female candidate, Aechata Alassane Haidara Cisse, is also running for office.