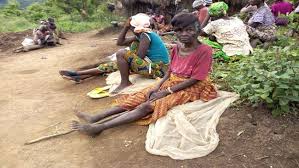 The United Nations on Monday said 1.3 million people in Cameroon are in need of assistance as the humanitarian situation in the North-West and South-West regions of the country continue to deteriorate.

According to the UN, around 1,300 people were reportedly displaced last week and attacks resulted in dozens of civilian deaths, hundreds of houses set ablaze and widespread looting of civilians’ goods.

Farhan Haq, deputy spokesman for the UN Secretary General Antonio Guterres, said that in these two regions, “the situation continues to be characterized by human rights abuses and violations”.

Cameroon’s crisis began with peaceful protests, led by lawyers, teachers and other professionals, against structural discrimination in October 2016. Their calls for reforms sparked a wider movement that was crushed by 86-year-old Paul Biya, who has been in power for nearly four decades.

An armed separatist movement evolved in response to the political and social tensions, which have warranted significant international concern. Armed violence and attacks have forced 450,000 people out of their homes, about half of them children.

A United Nations rights committee earlier this year noted “the heavy-handed approach of the security forces to the crisis, including destruction of medical facilities, schools, essential infrastructure and entire villages”.

During a visit there in May, the UN human rights chief Michele Bachellet warned that the situation looks like it is spiraling out of control.