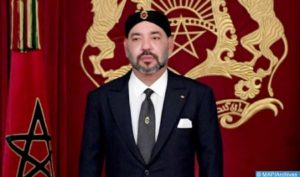 Morocco braces for a new phase of a development model that builds on past achievements to tackle social inequalities and regional disparities, said King Mohammed VI, adding that revamping the nation’s development model is not an end in itself. Rather, it is a gateway to a new era for his country.

In a speech he delivered Monday evening on the occasion of Throne Day, marking this year the 20th anniversary of his enthronement, King Mohammed said the distinguished features of the new phase will be responsibility and the pursuit of a comprehensive take-off.

“It is a phase which holds great promise because Morocco’s potential and competencies allow for greater accomplishments than what has been achieved so far. And we are, indeed, capable of accomplishing more,” he said.

Nevertheless, the king conceded that the new era is fraught with internal and external challenges to which Morocco must rise.
Among the challenges, he mentioned that of enhancing trust and consolidating achievements; trust among citizens; trust in the national institutions that bring them together; and faith in a better future.
Another challenge consists in accelerating economic development and enhancing institutional efficiency: the aim is to build a strong, competitive economy by continuing to incentivize private entrepreneurship, in addition to launching new programs for productive investment and creating more jobs.
“This requires greater institutional efficiency and a change in the mindset of those in charge,” the Monarch said, underlining in this connection that “the public sector needs an immediate three-dimensional revolution: a revolution in simplification, a revolution in efficiency and a revolution in ethical standards.”

The King also mentioned the challenge of avoiding isolation, especially in some sectors which require openness towards international experiences. This is a gateway to economic development and progress. It makes it possible for Moroccan businesses and operators to hone their competitive skills.

He argued that openness is a catalyst for investment and for the transfer of foreign expertise and know-how. “Not only is it a driver for improved services and better training opportunities, but it also creates jobs.”

“Nevertheless, some sectors and liberal professions, for instance, need to be open to international expertise and competencies, and to private investment, both domestic and foreign,” said the Monarch, who voiced satisfaction at Morocco’s attractiveness for many international companies and businesses, “Because it is a sign of confidence in our country.”

However, he said, the constraints imposed by some national laws, and the fear and hesitation characterizing the mindset of certain officials has sometimes isolated Morocco or led to damaging indecision.

“Those who refuse to open up to the outside world in certain sectors – which I do not want to name here – arguing that it leads to lost jobs, do not care about Moroccans but fear, instead, for their own personal interests,” said the king.

Foreign investment in those sectors would boost state efforts, not just by creating jobs, but also by promoting quality training, attracting expertise and showcasing successful experiences, he said.

In his speech, King Mohammed VI also insisted on the challenge of social and regional justice. “The aim is to complete the building of a nation of hope and equality for all; a country where there is no place for blatant inequalities, frustrating behavior, rent seeking or time and energy wasting.”

The Monarch stressed the need for a final break with such negative attitudes and conduct and for upholding the values of hard work, responsibility, merit and equal opportunity.
For this new phase to be successful, all national institutions and actors concerned should be involved in injecting fresh momentum into economic and social development in the country.

This requires collective mobilization and making the motto of putting the interests of the homeland and the citizens above any other consideration a concrete reality – not just a slogan.

In addition to the important role that has to be played by national institutions, the Monarch emphasized the need for Moroccans to be involved, since the citizen is one of the most important actors in the success of this phase.

“I therefore call upon all Moroccans to make a positive contribution in keeping with a spirit of effective civic engagement. Indeed, the results we seek to achieve, the projects we implement and the initiatives we launch all have but one goal: to improve the citizens’ living conditions,” and “our main ambition is for Morocco to join the ranks of developed nations,” said the King.