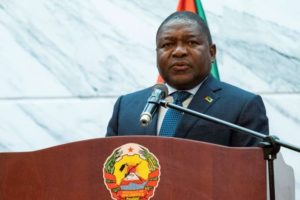 Mozambican leaders will sign a peace agreement on Thursday to put a formal end to three decades of military hostilities in the southern African nation.

The ruling party and Renamo fought on opposing sides of the 16-year conflict that killed an estimated 1 million people before a peace accord ended the fighting in 1992.

The government intends to disarm 5,200 Renamo fighters and reintegrate some of them into the army or police.

According to President Filipe Nyusi, the peace deal is important as the country heads to presidential, parliamentary and provincial elections in October.

The deal would bring an end to a long peace negotiation process initiated by Renamo’s historic leader, Afonso Dhlakama, who died in May last year.

In a speech on Wednesday, Nyusi hailed progress towards peace.

“Thursday’s agreement provides for a formal end to the clashes between the Mozambican Defence and Security Forces and the armed wing of the opposition,” Nyusi said, while delivering a state of the union address in the country’s parliament.

The previous two agreements failed in part because Renamo never surrendered all its weapons and kept some of its men in the woods, accusing the government of not complying with the deal.

Pope Francis is expected to visit Mozambique next month to pray for peace and national reconciliation.