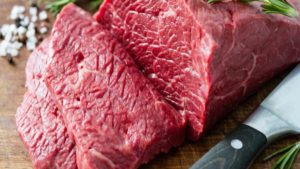 outh Africa has resumed beef exports to China after an outbreak of the highly contagious foot and mouth disease (FMD) in Vhembe, a northern district of Limpopo province halted trade.

In January, The World Organization for Animal Health has officially suspended South Africa temporarily as an exporting country until the affected area is free of the disease. Foot and mouth disease does not affect humans but poses a threat to cloven-hoofed animals such as cattle, goats and sheep.

According to the South African authorities, the trade ban has been lifted since July 23.

South Africa is a net exporter of chilled and frozen beef. The country produces around $145 million worth of exports in red meat annually, with agriculture being one of the highest contributors to GDP.

With a population of 1.4 billion people, 400 million of which are middle income, China is a huge market for South Africa’s agricultural products.