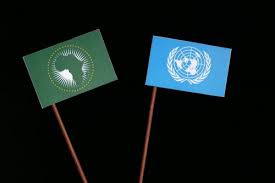 The Security Council’s strong engagement with its Member States, partner organizations and institutions in conflict prevention efforts on the African continent is needed “more than ever”, the Secretary-General told the 15-member peace and security body on Monday.

Seeing the eradication of conflict across Africa, “depends on the engagement of the parties involved”, and prevention and resolution efforts “require a united international position and a commitment to shared goals”, António Guterres emphasized, the UN news centre reported.

During the meeting entitled, “Peace and Security in Africa: The Centrality of Preventative Diplomacy, Conflict Prevention and Resolution”, convened under South Africa’s presidency this month, members emphasized the Council’s role in cooperation with regional and sub-regional organizations.

Of them, the UN partnership with the African Union (AU) on peace and security matters is of particular importance, Mr. Guterres noted, deeming the entity “our key strategic partner across the continent.”

The UN’s 2030 Sustainable Development Goals, characterized by ambitions to tackle poverty and inequality, strengthen State institutions, and advocate for human rights, among other targets, are in lock step with the AU-led mission for 2063, he highlighted.

“We are working in full alignment with the AU through our joint framework on sustainable development, for a peaceful and prosperous Africa, with a strong focus on inclusivity, women’s rights and gender equality,” he said.

In 2000, the Council formally acknowledged, through resolution 1325, how women and girls are differentially impacted by war and conflict and affirmed their vital role in peacebuilding efforts.

“It is high time to not see women’s as victims, but as agents of diplomacy”, she urged.

The Council also reaffirmed the role of youth in peace dialogue—echoing the theme of last week’s open debate to maximize the potential of young persons in forging peace- a bid to “silence the guns by 2020.”

Still, the spread of terrorist networks is a growing threat across African national borders, with a pervasive climate crisis exacerbating violence, and inducing resource shortages. It is “indisputable” that such environmental changes “have aggravated security challenges, particularly in the Sahel”, Mr. Guterres said.

The UN lends a bulk of its support to the African continent. With more than 80,000 peacekeepers deployed, it hosts the largest peacekeeping missions.

“We owe these Blue Helmets our strong and united support” Mr. Guterres urged, which entails robust funding, and strong mandates.

He explained that “conflict prevention is difficult to quantify and may not make news. But no news is good news for the people we serve.”

“This Council’s strong engagement in prevention efforts on the African continent, in collaboration with regional and sub-regional partners, is needed and appreciated more than ever,” he added.

According to the UN News Centre, the Council is due to be briefed on the Secretary-General’s annual report on the UN-AU strategic partnership before the end of October,.