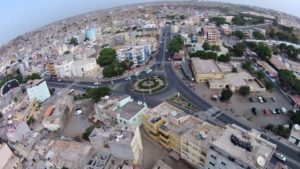 Cabo Verde’s economy is expected to grow at a rate close to 5.0% in 2019 and 2020, according to forecasts from the archipelago’s central bank included in the monetary policy report.

This forecast is lower than the 5.2% growth announced last April, for this year.

According to the Central Bank, the macroeconomic environment of the West African archipelago has remained favorable.

Gross domestic product (GDP) in volume grew 5.7% in the first half, driven mainly by the dynamics of public administration, taxes net of subsidies, trade, real estate and other services and construction, the central bank said, citing figures released by the National Statistics Institute.

In 2018, the growth of the country was estimated by the Central Bank at 5.5%, thanks in particular to the effects of the continued implementation of tax administration reforms and special tax recovery regimes, coupled with external factors.

The government has adopted a Strategic Plan for Sustainable Development (2017–2021), which identifies priority sectors for economic diversification, such as tourism, agriculture, infrastructure, and light industry.