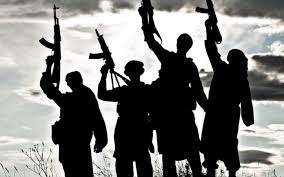 In a statement issued by his spokesperson on Wednesday, the UN chief expressed his deep condolences to the families of the victims and wished a speedy recovery to those injured in the incursion, which took place in Arbinda, Soum province.

Moreover, Mr. Guterres conveyed the solidarity of the UN to the Government and people of the West African nation, which has been targeted with violent attacks since 2015.

“He also reiterated the continued support of the United Nations to the Governments of Burkina Faso and the other countries of the Sahel region in their efforts to fight terrorism and violent extremism,” said the statement.

According to news reports, suspected Islamist militants on motorbikes killed 35 civilians, the majority of whom were women, in an attack that lasted several hours.

Militants simultaneously attacked a town in the north and its military base in one of the deadliest assaults in nearly five years of militant violence in the West African country.

Seven soldiers and 80 militants also died in the double attack on Tuesday in Arbinda in Soum province. The attack was of “rare intensity”, the army said.

Although jihadists have been active for years in neighboring Mali, the historically-calm landlocked nation has only been experiencing a spate of violence recently.