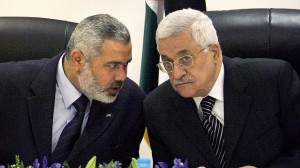 Allegations linking Fatah to activities destined to sabotage Hamas have been strongly refuted by its members. They claim that the allegations made by Hamas were doctored documents which could lead the Palestinians to a “very dangerous” situation. Hamas produced documents alleging that a threesome collaboration of Fatah, members of the Palestinian Authority and of the Egyptian government is aimed at discrediting their image.
To refute claims from Hamas, Muwafaq Matar, a member of Fatah’s Revolutionary Council said the documents used by Hamas to back its allegations were “fabricated” and contained “falsified stories” as he brandished the difference between the official Fatah letterhead and one produced by Hamas.
Hamas produced an exchange between Fatah and the media attaché to Palestine’s embassy in Egypt. The cable contained implicative plans to be executed in Egypt by establishing “media cells to take part in the fabrication of news that would embarrass Hamas.” Another one making reference to previous cables was sent to the security attaché stating that the four bombs needed to be “used as evidence to implicate Hamas in the recent acts of violence in Egypt” were already available.
Sarah al-Bardaweel of Hamas said such efforts to implicate them could “urge hatred, not only against Gaza or Hamas, but against the Palestinian people.”
Hamas and Fatah are bitter political rivals. Fatah claimed that the latest allegations could be “a new (Hamas) political course” to distract the Palestinians “from the reconciliation,” according to Matar. He described the allegations as a counter-attack action from Hamas due to fears that “Fatah may lead an uprising against the status quo imposed by Hamas in Gaza.”
Ghazi Hamad, deputy minister for foreign affairs for Gaza, said efforts will be made to establish the truth because the allegations are “very dangerous” for Palestinians.