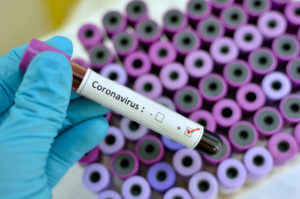 The measure, taken to avoid the spread of the novel coronavirus, includes executive training establishments, schools and language centers affiliated to foreign missions, as well as language centers and educational support centers, the Ministry said.

The Ministry of the Interior, this Saturday, March 14, issued a statement banning all public gatherings of more than 50 people, to limit the risk of Covid-19 spraed. The ceiling has been revised downwards. On March 4, the gatherings were allowed up to 1,000 people.

Minister of Health Ait Taleb told the media that Morocco has not reached a pandemic locally yet as all the cases confirmed so far are isolated and infected abroad.

So far, confirmed coronavirus cases in Morocco are limited at eight. All of them have contracted the disease abroad.

Meanwhile, Morocco’s first case, a 39 year-old Moroccan man infected in Italy, has recovered and was discharged of hospital Friday evening. The other cases, all foreigners, are improving while a French-Senegalese woman is in critical condition. Morocco declared a first coronavirus death in an 89 year-old woman with underlying health conditions on March 10.

As part of the precautionary measures, Morocco suspended all passenger ship traffic, as well as all sea and air passenger trips with China, Italy, Spain, Algeria and France.