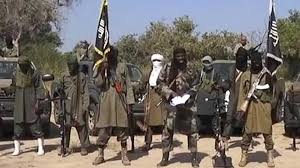 The Chadian army earlier this month captured fifty-eight Boko Haram jihadists in Lac province. Forty-four of them have reportedly committed suicide in their cells on Thursday night. They were brought to justice on Wednesday after being captured during the Chadian army’s counter-offensive to the deadly attack on one of its bases.

The Fifty-eight prisoners were transferred to a detention center on the outskirts of Ndjamena and handed over to the judicial authorities on Wednesday. But on Thursday morning, 44 of them were found dead in their cells, according to the Chadian authorities.

A coroner’s report says they swallowed a poison. His autopsy report shows that there was consumption of a lethal substance that produced a heart rhythm disorder in some and severe asphyxiation in others, Ndjamena’s prosecutor, Youssouf Tom, said in a statement.

Fourteen prisoners have survived and, for them, the legal proceedings continue, according to a government source.