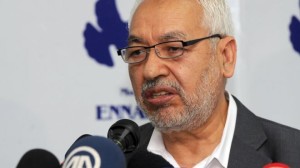 Ennahda’s chairman, Rached Ghannouchi, wants Tunisan opposition parties to take recent developments in Egypt as an example and give up on their demands for a technocratic salvation government to be put in place. The opposition wants the government to be dissolved before any dialogue can take place.
After the assassination Mohamed Brahmi, an opposition leader, several opposition parties formed a Salvation Front demanding the Ennahda led coalition government to resign and pave way for a new government. Ghannouchi of the ruling party said Tunisia is in a “delicate situation” and can’t be handed over to a non-party government. He added that they will only allow a unity government composed of all the political parties because “the government needs a lot of time to manage the political and economic issues.”
Ennahda’s Secretary-General and Former Tunisian Prime Minister Hamadi Jebali favor a “non-political government to lead the country to elections within six months.” Chairman Ghannouchi suggested that the National Constituent Assembly should finish the constitution before elections can be held.
There are reports that members of the National Constituent Assembly have gathered to discuss withdrawing their confidence from the assembly’s speaker, Mustafa Ben Jaafar, after his unilateral decision to suspend sessions.
Ghannouchi admitted that the government has been successful as expected “but that doesn’t merit a coup d’état.” He said those who hope to see a coup d’état in Tunisia “should not continue to dream about that.”
Prime Minister Ali Larayedh reminded Tunisians that they should not follow Egypt’s path because “Tunisia is not Egypt.”  He said a solution was possible through dialogue “if all parties now act with the necessary far-sightedness and do justice to their responsibility for the country.”