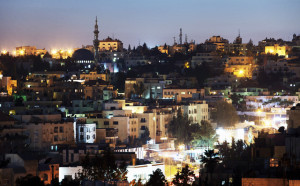 The United States have decided to come to Jordan’s rescue by willing to serve as a guarantor for its loans. The kingdom of Jordan is experiencing growing economic difficulties. The US government has announced its readiness to guarantee the repayment of principal and interest on the issuance of up to $1,25 billion seven-year Jordanian sovereign bond.
Jordan is pleased with the White House’s decision. President Obama assured that the US will help its ally overcome some of its problem in March. The loan guarantee will henceforth enable “Jordan to borrow money from international capital markets,” according to a statement released by the State department. The released statement also underlined that the gesture was an opportunity for the U.S to strengthen their relations. It also added that their decision as a guarantor has “re-affirmed its strong commitment to the people of Jordan.”
The amount that Jordan could acquire from the loans is expected to be spent on providing “critical services to its citizens as it enacts economic reforms while also hosting more than half a million refugees fleeing the violence inside Syria” the statement pointed out.
The war in Syria and the armed conflicts in the region have worsened Jordan’s situation. The Jordanian government is struggling to provide critical services and carry out economic reforms but its financial constraints have limited its maneuvers. The influx of refugees from war-torn Syrian has also been a problem for the government.
Although the guarantee could only be arriving in October, it is believed that announcement will give reassurances to investors in the country. As of the now, the government is collaborating with the congress to execute necessary.