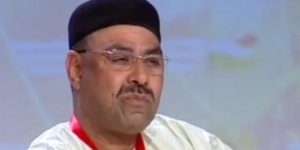 Aged 55, Niger’s Minister of Employment and Labor, Mohamed Ben Omar, died in Niamey of coronavirus. He had been admitted to hospital several days ago.

“It is with a heart full of emotion that I have just learnt today the call to God of the Minister of Employment Mohamed Ben Omar,” Nigerien President Mahamadou Issoufou tweeted.

Mohamed Ben Omar, born in 1965 in Tesker, in the region of Zinder (centre-south), headed the Social Democratic Party (PSD), an allied formation of the presidential movement, which he created in 2015.

He has been a Member of Parliament and minister several times since 1999, notably under the regime of Mamadou Tandja (1999 to 2010) and the current Head of State Mahamadou Issoufou in office since 2011.

He had been a strong supporter of the constitutional amendment that allowed Mamadou Tandja to extend his second three-year term in 2009 but was overthrown by a military junta a few months later in February 2010.