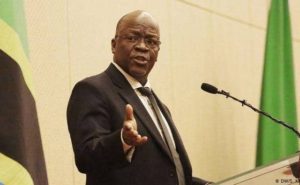 In Tanzania, the director of the National Health Laboratory was suspended on Monday, pending the results of an enquiry on Covid-19 testing in the country.

The suspension comes one day after President John Magufuli’s statements questioning the credibility of the tests.

The head of state said samples from a goat and other animals tested positive, calling into question the reliability of the kits “imported from abroad”. He did not say where the kits had been imported from or why the authorities had been suspicious of the results.

Catherine Sungura, acting head of communications at the ministry of health, said in a statement on Monday the director of the laboratory and its quality assurance manager had been immediately suspended “to pave way for the investigation”.

Sungura said a 10-person committee had been formed to investigate the laboratory’s operations, including its process of collecting and testing samples.

On Sunday, Magufuli also fired the head of the government Medical Stores Department, which is in charge of distributing medical supplies and equipment to government hospitals, but gave no reason.