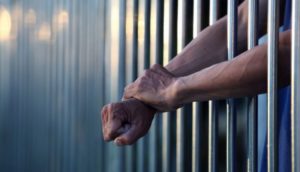 The prosecutor, the first deputy prosecutor and the acting commissioner of the city of Kandi in Benin were placed under a committal order for “intelligence with a terrorist group, abuse of office and corruption”.

They are accused of having released a suspect allegedly belonging to a terrorist organization.

It all started with the arrest of a suspect presented as an intelligence agent of a terrorist group in Park W, shared by Niger and Burkina Faso.

Kandi’s prosecutor receives the file, processes it and files it with no further action. Those who arrested the suspect are disgruntled and inform their superiors. From there, everything moves very quickly. The magistrates are then suspected of intelligence with the terrorists.

A source close to the case reports that the only competent jurisdiction for terrorism cases is the CRIET, the Court for the Suppression of Economic and Terrorist Offences. According to this source, the prosecutor was to transfer the file to this special court created in May 2018, instead of closing it.

On May 18, the prosecutor was taken into custody, 4 days later, Kandi’s prosecutor and the acting commissioner of the city suffered the same fate. On May 26, the CRIET charged them of “intelligence with a terrorist organization, abuse of office and corruption”.

A dozen lawyers have formed to defend them. They severely criticize the pre-trial detention of their three clients. According to one of the lawyers, Brice Houssou, “no concrete element underlies these offenses, at most, it is a breach that can be punished administratively”.