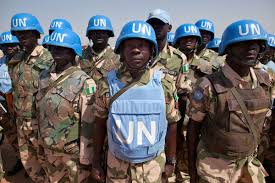 The Security Council on Thursday extended the deployment of the African Union-United Nations Hybrid Operation in Darfur (UNAMID) and set out the parameters for a follow-on mission that will start its work on 1 January next year.

Unanimously adopting a twinset of resolutions through its silence procedure, the Council, recognizing the impact of the COVID-19 pandemic on UNAMID’s drawdown, tacked an extra two months onto its mandate and kept the number of troops and police assigned to the mission unchanged.

It then decided to establish a United Nations Integrated Transition Assistance Mission in Sudan (UNITAMS) for an initial 12-month period to assist the country’s shift to democratic governance, and support the protection and promotion of human rights and sustainable peace.

UNITAMS will also support peace processes and the implementation of future peace agreements; assist peacebuilding, civil protection and the rule of law, particularly in Darfur and the Southern Kordofan and Blue Nile areas.

In addition, the Council tasked the new mission with supporting the mobilization of economic and development assistance and coordination of humanitarian aid.

Briefing the Council on 24 April, UN peacekeeping chief Jean-Pierre Lacroix said that the response to the COVID-19 pandemic – including airport closures and the suspense of troop rotations – made it impractical for UNAMID to exit by 31 October as scheduled.

He added that the follow-on presence would aim to “preserve and consolidate the gains made over the years” and “build on the peacebuilding work” already done by UNAMID and the UN Country Team.

With 9.3 million people requiring humanitarian assistance, she said that the need to support Sudan is both real and urgent.
13 years of protecting Darfuri civilians

UNAMID was established on 31 July 2007 when the Council adopted resolution 1769 (2007) on the situation in Sudan, including Darfur, with the protection of civilians at the core of its mandate.

The Security Council is currently adopting resolutions by written votes cast by its 15 members under provisional measures put into place in March in response to the COVID-19 pandemic.