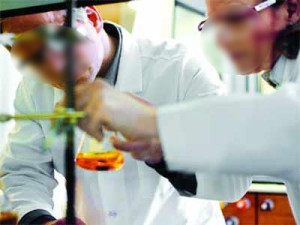 Algeria has laid out research plans dedicated to overcoming their dependence on hydrocarbon resources which has been dwindling. The government will be establishing 100 new centers, which will be dedicated solely for research. According to the Minister of Higher Education and Scientific Research, Rachid Harraoubia, the government initiated the plan because they don’t want to be dependent on the results of researches done outside of their borders.
Secondary school and university education has always been a priority of the government. Presently, the country has 20 research centers. Most of the infrastructures are located in the northern part of the country. The south has been left behind in development projects.
Minister Rachid Harraoubia assured that the government is willing to promote development and job opportunities in south much more than it has done in the past. Even though Algeria was able to avoid the Arab Spring that the region experienced, youths in the south took it as an opportunity to showcase their grievances against the government. They criticized it of favoring the northern region to their detriment.
However, Minister Harraoubia said that the government is willing to invest in its citizens for research projects. He added that there are plans to call on the Algerians in the diaspora to join the project because their ambition is to become a country globally recognized for research.
Algeria has begun to make important strides. A research in developing non-conventional energy vehicles as well as a drone that has reached advanced stages is part of its recent achievements.
An initial effect of this new policy has already been seen, with the nomination of two Algerians living abroad as members of the scientific council of the research centers.