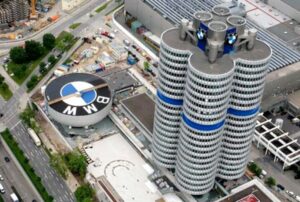 German car-manufacturer BMW said it will make a fifth of its battery cells for electrical cars using Moroccan cobalt under a 100 million euro contract.

The supply contract was signed with Morocco’s mining company Managem and aims to supply batteries of its iX3 electrical vehicles to be launched soon.

BMW said it will obtain the remaining four-fifths of the cobalt it needs from Australia as well as lithium.

“By signing today’s (July 9) supply contract with Managem, we are further securing our raw material requirements for battery cells,” says Andreas Wendt, BMW AG Board Member for Purchasing and Supplier Network, in a press release.

“By 2023, we want to have 25 electrified models in our range, more than half of which will be fully electric. The demand for raw materials is rising accordingly. For cobalt alone, we expect our current demand to roughly triple by 2025”.

The German manufacturer has changed its purchasing strategy and decided to acquire material it needs directly from mine operators in order to eliminate suppliers and go-betweens from the supply chain, and to secure greater control and greater transparency. For this reason, BMW also initiated the organization PartChain that uses blockchain technology to increase transparency in worldwide supply chains for raw materials and components.

Much of the cobalt traded worldwide is mined in the Democratic Republic of Congo. Cobalt from the Congo has come under increasing international scrutiny since cobalt is mined there by hand (partly with child labor and without adherence to safety standards) in addition to large corporations (such as Glencore) with their correspondingly industrialized mines.

BMW already announced in 2019 that it no longer wanted to obtain cobalt from the Congo. Despite this, at the opening of the Battery Cell Competence Centre in November 2019, BMW’s materials purchaser Peter Zisch announced this option would not necessarily be excluded in the future. “We do not want to exclude the Congo, it is our declared aim to source in the Congo again,” said Zisch. “We believe that we can do this again from targeted mines from 2025 onwards.” In cooperation, BMW, BASF and Samsung SDI, are already supporting corresponding projects in Congo to establish clean and transparent cobalt extraction there.

In the press release, Wendt also emphasizes that cobalt and other raw materials must be “extracted and processed under ethically responsible conditions. The company has agreed with Managem on “the highest standards of sustainability”.