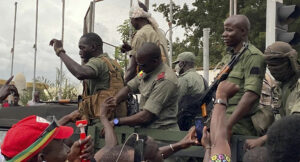 Morocco has expressed concern over the situation in Mali amid reports of the arrests by mutinying soldiers of President Ibrahim Boubakar Keïta, Prime Minister Boubou Cisse and other members of the government of this West African country.

Rabat is “following with concern the events taking place (…) in Mali”, said on Tuesday the Moroccan ministry of Foreign Affairs and African Cooperation.

“Morocco, which is attached to stability of this country, calls on the various parties to engage in responsible dialogue, respect the constitution and preserve the democratic gains”, underlined the ministry in a statement.

The mutiny has been condemned by France, the United States, regional group Ecowas and the African Union.

Mr. Keita has been facing mass protests since June calling for his resignation over alleged corruption and deteriorating economic and security with soaring jihadist and communal violence.

Earlier on Tuesday, detained PM Boubou Cisse issued a statement calling for dialogue and urging mutinous soldiers to stand down.

Mr Keita won a second term in elections in 2018, but there is widespread anger over corruption, the mismanagement of the economy and the worsening security situation with jihadist and communal violence on the increase.

It is not yet clear how many soldiers have taken part in the mutiny. Some reports say it was fuelled by a pay dispute.