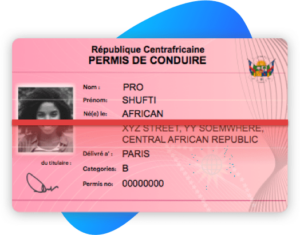 An increase that creates discontent, a discontent amplified by a tax that would be added by the agents of the Criminal Brigade in charge of registering the files that some Central Africans denounce, a “photocopying fee” of 750 CFA francs.

The Minister of the Interior, Henri-Wanzet Linguissara, said that because of the pandemic and ensued printing problems, the cards could not be delivered. The 750 CFA francs allow taxpayers to leave with a secure receipt.
The minister explains the increase in the price of this document in particular by the technical nature of this new identity card, which should be much more difficult to falsify, out of concern to strengthen security.

The porous border and the increase in the number of false identity and residence documents are a serious problem, he insists. Some believe that the inter-ministerial order is not legal and that it cannot replace the Finance Act, which had already fixed the price of these documents.

Two requests were filed by a member of parliament with the Bangui administrative court on August 6 for the suspension and cancellation of this order.