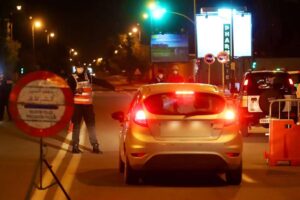 Moroccan Minister of Health warned that the country “is at risk of being overwhelmed by the COVID-19 virus” as Morocco recorded on Sunday, September 6, more than 2,000 new cases of contamination, 42% of which in the Casablanca region.

New preventive measures were therefore imposed on the economic capital: curfew at 22h, and closure of all schools and universities.

On Sunday, September 6, in Casablanca, several hundred thousand parents and children were looking forward to the big start of the school year the following day. After five months without schools, it was time. The new school clothes were ready, some children even fell asleep in bed with their school bags as a cuddly toy.

But finally, around 10:30 pm, the Casablanca residents learned via television and the press that all schools would remain closed for at least two weeks. School principals and teaching staff had not even been notified in advance. The news led to chaos and a fateful question: “Who will look after the children?” when adults are supposed to go to work.

Many parents are not far from burn out or screaming for a hold-up. Thousands of them have paid dearly for entrance fees to private schools, only to end up benefiting from distance education, which was supposed to be only a temporary solution. As for the students from the public, even less well off, they will follow a school program delivered via television.