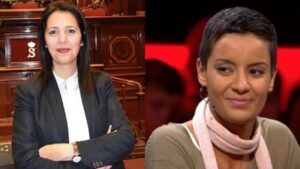 Belgian nationals of Moroccan descent, Zakia Khattabi and Meryame Kitir, have been appointed respectively ministers of the environment and development in the new Belgian federal government headed by Prime Minister Alexander De Croo.

The two new ministers are part of the 20-member federal cabinet that was sworn in Thursday morning before King Philippe, giving the country its first fully-fledged federal government in nearly two years.

They give the example of a successful integration. Mrs. Zakia Khattabi, 44, has a bachelor’s degree from Universite Libre du Bruxelles (ULB). She is an ecologist and feminist. In 2009, she became an MP at the Brussels Parliament before joining the Wallonia-Brussels Federation and heading the Ecolo group at the Belgian Senate.

In 2015, Khattabi was elected, along with Patrick Dupriez, co-leader of Ecolo party. Under her co-presidency, Ecolo made large gains in Brussels in the local elections of 2018. In the 2019 federal election, Ecolo doubled its share of the vote and gained its biggest number of seats.

As to Mrs. Meryame Kitir, appointed Development minister in the government of Alexander De Croo, is member of the Flemish social-democratic party sp.a.

She is the daughter of a miner and started her working career at the Ford car assembly plant in Genk (Limburg) before it was closed. She defends the rights of workers and trade unions.

In 2006, she was elected member of Maasmechelen municipal council before becoming an MP the following year. In 2015, she became the leader for her party in Belgian parliament, a post which she continued to hold until her appointment as a federal minister.