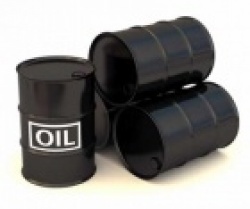 Algeria’s oil sector has welcomed jubilant news after results from the Hassi R’mel field showed that it has some one billion barrels of oil while Berkine and Illiza basins have oil and gas but are not yet matured. The recent findings could help Algeria double its gas production capacities within less than a decade.
Minister Youcef Yusfi of Energy and Mines said the discovery was made a fortnight ago and evaluations of their findings are still ongoing. He pointed out that the “new regions in the southwest” where some of the discoveries were made have never been explored.
Although Algeria has no desire to increase its oil production capacity after it fell from 1,4 million barrels per day to 1,2 million, it is strongly determined to double its gas production between 2020 and 2023. Analysts are worried about the gas increment objectives because Europe, one of Algeria’s major gas customers, has been reducing its expenditure on gas.
The minister stated that they diverted some of their production to other “new markets, mainly in Asia” and reduced exportation to some countries. He added that the reason behind this move is the economic challenges that their usual customers are faced with.
The findings have also triggered a debate on whether investors will be interested. Algeria’s licensing terms have been criticized over the years. Terrorists are also a major threat after the ‘’In Amenas’’ oil plant attack.  Oil and gas fields have been maturing but investment has always been shortcoming.
The government has reformed the hydrocarbon law but analysts claim that it is insufficient to attract new investments especially in the shale gas production. Algeria has above 700 tcf of shale gas.
Minister Yusfi claimed that the investment lackluster is due to “the economic crisis in Europe.”