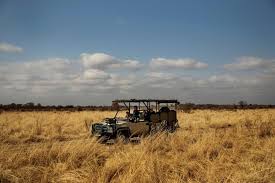 A US national, Philip Walton, was abducted in southern Niger during the night of Monday to Tuesday by six assailants.

The American national who was abducted had been living for a year in the Massalata fiefdom, not far from the border with Nigeria.

According to the governor of the region of Tahoua, Abdourahamane Moussa, six assailants on foot and armed with AK-47s abducted him. Upon entering his garden, the assailants demanded money from him. According to the chief of the village of Massalata, the American national had only 20,000 CFA francs (30 euros) on him. After some hesitation, they abducted him and set off again in the direction of the Nigerian border less than a kilometer away.

As soon as they were alerted, elements of the border police went after the assailants. The whereabouts of the US national and his abductors are currently unknown. In his garden in Massalata, Birni Nkonni’s police were able to find the rest of his family, his brother, his wife and their little girl, safe and sound, but traumatized. The first two had been tied up. According to the village chief, no shots were heard.

The mobile company of border guards and their 265 men are stationed nearby.

The kidnappers, according to knowledgeable sources, called Philip Walton’s brother Bruce to discuss the ransom amount. Bruce Walton has been living in the small town of Birni Nkonni, on the border with Nigeria, for seventeen years. He raises goats and cows and makes cheese.

Philip Walton, 27, was born in Quebec according to the governor of the Tahoua region. He is said to have recently joined his father. Last year, he and his wife bought a small piece of land five kilometers from the city, on the outskirts of the village of Massalata, the only animist village in a region where armed gangs plunder and ransom rural populations. They built a house and settled there with their little girl. He takes care of his garden, practices agriculture and breeding. No other activity is known to him for the moment.

The Nkonni zone, on the border of the Nigerian state of Sokoto, is experiencing increasing insecurity. Kidnappings for ransom are legion. According to an official count, five other international hostages and dozens of Sahelians remain detained in the Sahel.