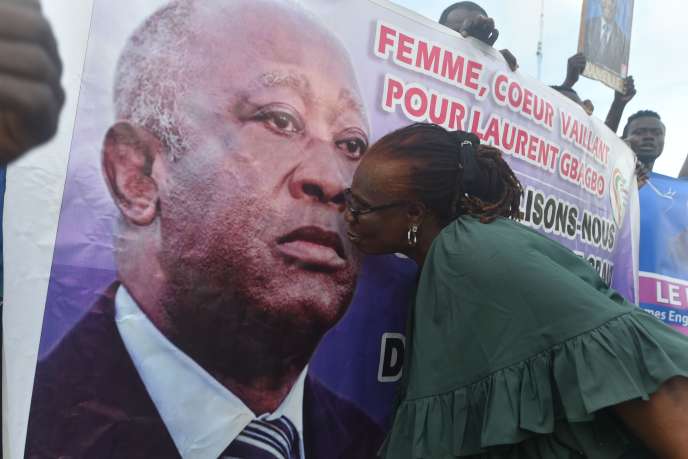 The former president of Côte d’Ivoire Laurent Gbagbo said Thursday he is resolutely on the side of the opposition and is against a third term of office for Alassane Ouattara. He therefore calls on all parties to negotiate to avoid what he calls “the disaster”.
In an interview with TV5Monde, Laurent Gbagbo explains why he decides to speak now, two days away from this disputed presidential election. When I was acquitted, I was waiting to be in Côte d’Ivoire to speak,” he explains. But today, the date of October 31 is approaching. The quarrels are leading us into an abyss. If I keep silent, it would not be responsible,” says the former president.
Laurent Gbagbo says he understands and shares the anger of opponents against the third term of office sought by Alassane Ouattara. “It is he who committed the fault, because it is he who did not respect the Constitution,” adds the former head of state, who also states: “I am resolutely on the side of the opposition. ” For the former president, “one of the political problems in Africa is that we write texts without believing in them. ”
Today, Laurent Gbagbo calls for discussion to get out of the crisis in which Côte d’Ivoire is sinking. Because “it is peace that is threatened”, worries the predecessor of Alassane Ouattara. “What awaits us is disaster. I do not agree to go hand in hand with the disaster,” he said. “Making peace does not mean meeting in a magma called “government of national unity”,” he warns again.
” It is always time to talk,” finally declares Laurent Gbagbo. ” I would like to say to Ivorians that in this struggle that is being waged today around the third term, I am resolutely on the side of the opposition to the practice of the third term. ”