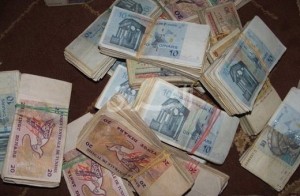 An official of the International Monetary Fund (IMF) has stated that the assassination of Mohamed Brahmi in July which provoked protests against the government has done serious financial and economic damages to the country. IMF agreed a $1,74 billion standby loan package with Tunisia earlier on in June but feels that another preview is needed to adapt perspectives to the reality.
The events which followed after Brahmi’s assassination are reported to have tarnished the image of the country during which the transition process suffered a breakdown. The president of the constitutional drafting assembly decided to suspend sessions until the government and opposition come to an agreement.
Giorgia Albertin, the resident senior economist for Tunisia at the IMF, said “the recent events have worsened…the outlook for the year” and it can only be “better” after collecting new data to draw new conclusions for the rest of the year.
The banks will also need urgent action after being paralyzed by the unfavorable loans they handed out to loyalists of Former President Ben Ali.  Tunisia has been warned before by experts of the difficulties it could be facing it doesn’t solve the difficulties of the banking sector.
Laurent Gonnet, financial sector specialist at the World Bank for the Middle East and North Africa region said the country is heading towards an inevitable “tsunami of bad debts” which the Central Bank must solve.
Figures concerning non-performing loans have been conflicting. The government pegs it at 13% while an IMF June report stated that it is between 17%-18%. Analysts believe it is higher.
The government’s large employment, subsidy policy and borrowing which is not expected to end anytime soon has been heavily criticized but finance Minister Fakhfakh said it’s “the cost of social peace.”