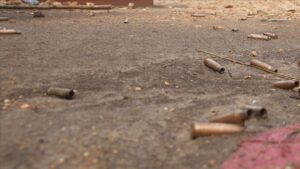 Actors from the north-east of the country met in Bangui, clan chiefs, sultans, prefects and even representatives of armed groups – including Abdoulaye Hissène, leader of the FPRC. At the initiative of the authorities, this meeting, the first of its kind since the 2013 conflict, led to the signing of a reconciliation pact for the north-eastern zone (Ndele, Birao, Bria) of the country, which is still plagued by regular unrest. A meeting closed on Tuesday 10 November by the Head of State.
The commitments are numerous on paper. “The communities of the north-eastern region undertake to bury the hatchet for good, to give priority to dialogue and the judicial system as a means of settling their differences…”.
President Faustin-Archange Touadéra in his closing speech insisted on the respect of the commitments made. “I ask you now to respect the word given. These commitments are freely taken. Do not forget that this is an alliance that you have just sealed. And in our traditions, as you know, an alliance is respected.’’
This is not the first time that treaties have been signed. But this time the players are assuring it, it will be different. This formula is very different from the one we’ve signed many times,” says Assa Amadou, the Fulani representative for the Vakaga region. Because there is the representation of the government, of the head of state. It’s an alliance that we signed and an alliance, it’s not something to be neglected. Our ancestors signed an alliance that they have respected until today. Why not us? »
Present at the talks were representatives of the armed groups who renewed their commitment to respect the peace agreement signed in February 2019. The peace agreement is regularly violated.