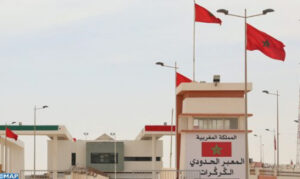 Mali is following with concern the latest developments of the situation in the area of Guerguarat, said the Malian Foreign Ministry in a statement.

The ministry which urged the parties to resume negotiations, welcomed “the efforts of the countries of the region, the African Union and those of the United Nations Secretary-General to encourage the parties to maintain the UN-brokered ceasefire established by Military Agreement No. 1 signed in 1991.

Mali has thus joined its voice to the chorus of African countries which have expressed support for Morocco regarding its military intervention in Guerguarat on November 13.

The Moroccan Royal Armed Forces have carried out an operation to clear Morocco’s only road link with the rest of Africa in an operation that took place according to strict rules of engagement to avoid civilians and restrict use of arms to self-defense.

Morocco has reiterated its attachment to the ceasefire and announced as early as Saturday November 14 that the road link previously ransacked by the Polisario militiamen has been cleared and that the flow of people and goods between Morocco, Mauritania and the rest of Africa has been restored.