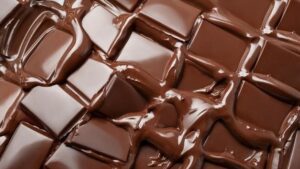 Hershey’s and Mars, two American companies in the chocolate industry, are drawing the wrath of Abidjan and Accra. Ivorian and Ghanaian cocoa regulators accuse them of undermining efforts to raise the incomes of cocoa farmers. The two multinationals have “temporarily” changed their suppliers in order to avoid financing the decent income differential, a premium for cocoa farmers.
Number one and two in world cocoa production, Côte d’Ivoire and Ghana in 2019 received a $400 per tonne bonus from the chocolate multinationals, known as the decent income differential.
This premium has been applied since the beginning of the 2020-2021 campaign, i.e. since 1 October 2020. But for their December supply, Hershey’s and Mars turned to certified forward warehouses. A manoeuvre that allowed them to avoid paying the premium, as the beans concerned were produced before the agreement imposed on the multinationals by Abidjan and Accra came into force. The same applies to the deliveries of March 2021.
The behavior of both companies is not prohibited. But it has led to a lack of understanding on the part of the Cocoa-Coffee Council and the Cocobod. The Ivorian and Ghanaian regulators have expressed their indignation by letter. Why does the Mars Group, one of the initiators of the World Cocoa Foundation, and which is therefore supposed to defend the promotion of the well-being of small producers, especially West Africans, want to keep farmers in poverty?
Both regulators are also worried about the future, as some manufacturers may turn to other suppliers, even though Côte d’Ivoire and Ghana still account for 62% of world production and the quality of their beans is recognized by the major chocolate groups.