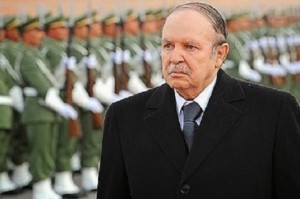 The war of words between Algiers and Rabat has forced the latter to recall its ambassador and summon Algeria’s ambassador. Algeria and Morocco have different stances in the territorial dispute between Morocco and the Polisario. Morocco considers it to be part and parcel of its Kingdom whereas the Polisario alleges that Rabat is illegally occupying a territory it calls Western Sahara. Algeria is very supportive of the Polisario cause and promotes it on the international stage.
The literal hostilities between the two neighboring countries dominated the headlines after Algeria’s Justice Minister read President Bouteflika’s message to the participants of the ‘African Conference of Solidarity with the Sahrawi Cause.’ The message called for an international mechanism to monitor human rights in the disputed territory to be “more than ever” necessary because of the “massive and systematic human rights violations that take place inside the occupied territories to suppress the peaceful struggle” of the Sahrawis for freedom of expression and association.
Rabat firmly responded to the allegations. It termed them as “provocative and inflammatory” and accused Algeria of seeking to promote “its hegemonic designs in the region.” Algeria was urged to focus on the “serious rights abuses which take place daily on its territory.”
Algeria’s Foreign Minister Ramtane Lamamra said the President’s message reiterated “Algeria’s well-known position.”
Algeria’s provocative acts are linked to the coming elections and events in Algeria and Analysts explained that Algeria has been using the Sahara Conflict to divert attention of local public opinion from internal social problems and lack of democratic refomrs.