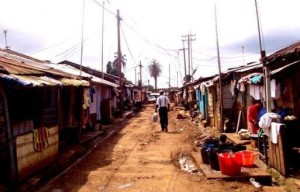 Six African countries are listed in the top ten of the 2012 annual world “Failed State Index” published Monday by The Washington-based Fund for Peace.
The annual Failed States Index (FSI), which highlights global political, economic and social pressures experienced by states, ranks Somalia as number one for the fifth consecutive year, citing “widespread lawlessness, ineffective government, terrorism, insurgency, crime, and well-publicized pirate attacks against foreign vessels.”
The five other African states ranked in the 2012 FSI top ten are the Democratic Republic of Congo, Sudan, Chad, Zimbabwe, and the Central African Republic.
At the level of the Arab world, Bahrain, Egypt, Libya, Syria and Tunisia all ranked significantly worse than the previous year.
According to the Fund for Peace, Libya’s decline was the most remarkable, with the country registering the worst year-on-year worsening in the history of the FSI as a result of civil war, a NATO-led campaign of airstrikes and the toppling of the Qaddhafi regime.
Similarly, Syria registered the fourth-greatest year-on-year worsening in the history of the FSI as the campaign of violence by the Assad government took hold.
The Fund for Peace assessed South Sudan this year for the first time after the new nation gained its independence in the second half of 2011. Though the FSI does not formally rank South Sudan due to an incomplete year of data, the young nation nevertheless would have ranked approximately fourth, immediately behind its northern neighbor, Sudan. South Sudan’s fragile infrastructure, severe poverty, weak government, fraught relations with Sudan and heavy reliance on oil continue to be of concern, the fund says.
The FSI ranks 178 countries using 12 social, economic, and political indicators of pressure on the state, along with over 100 sub-indicators. These include such issues as Uneven Development, State Legitimacy, Group Grievance, and Human Rights. Each indicator is rated on a scale of 1-10, based on the analysis of millions of publicly available documents, other quantitative data, and assessments by analysts. A high score indicates high pressure on the state, and therefore a higher risk of instability.
The Fund for Peace is an independent research and educational organization based in Washington, DC. It seeks to prevent conflict and promote sustainable security.