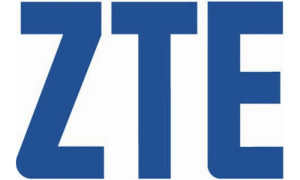 The country’s telecommunication sector has welcomed a mobile phone producer from China in to the market. The company known as ZTE concluded an exclusive accord with a Tunisian mobile phone distributor called RayenCom in June last year in its move to take its share in the attractive African market. Two months later, test launches were held in the country to evaluate the possibilities of penetrating the Tunisian mobile market which has a subscriber percentage of more than 90%; with more than 9 million out of its total population of 10.6 million people subscribed.
Despite the country’s recent turmoil and economy trying to recover from the revolution, ZTE has decided to step in to the country because of the promising results acquired from the launch tests of three mobile phone sets. Five of the company’s new products will soon be introduced after the deal according to Ali Bhar, RayenCom’s manager. A consultant for RayenCom, Fadhel Kerkache, said the reason behind the decision of the Shenzen-based telecommunications equipment and system company is because “the Tunisian market has answered very favorably” to their wishes. Therefore, “both ZTE and its Tunisian partner have decided to launch the brand in June 2012 which boasts an innovative technology and an excellent quality- price ratio,” he added.
ZTE is confident that it will be successful in the market because of the people’s desire for quality phones at reasonable prices that it will offer. Recognized as the fourth largest mobile producer in the world, ZTE has collaborations with 500 telephone operators in more than 140 countries.