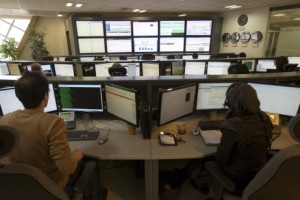 A new era of cyber warfare has come to light after the discovery of a virus codenamed as “Flame”. It is believed to have been in existence for more than two years and has infected some Middle Eastern countries.

It was accidentally discovered when UN’s International Telecommunications Union asked for help from security firms after data were mysteriously going missing on computers in the Middle East. A virus named “Wiper” was responsible for deleting them but the detection of “flame” was above imagination due to its characteristics.

Flame is equipped with 20 times more codes than Stuxnet (the virus which caused the failures of centrifuges in Iran), Kaspersky Labs said after the discovery. It is believed that it needed a big team of collaborators to build it and the support of govern institutions has not been excluded with suspicions looming over Israel and the US.

Its espionage nature takes spying and cyber security to another level. Roel Schouwenbery, Kaspersky researcher, said flame “can be used to spy on everything that a user is doing”. It has the potentials to activate a computers audio system, eavesdrop on internet calls, take screenshots, log keystrokes and steal data from Bluetooth enabled cellular phones.

It also seems like it has well chosen targets because only a hundreds of computers have been detected with its infection. The countries affected in the Middle East are Iran, Israel, Palestine, Sudan, Syria, Lebanon, Saudi Arabia, Egypt and UAE. Iran has announced that it has found a solution to it and so did Symantec, a cyber security company.