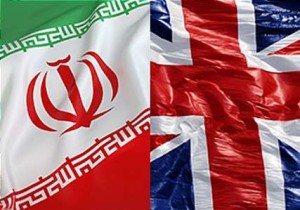 The United Kingdom and Iran have decided to take another step towards reestablishing their diplomatic ties with the reopening of their respective embassies. UK’s embassy in Tehran has been closed since 2011 after protesters overran it. Foreign Secretary William Hague made the announcement at the House of Commons claiming that it will facilitate talks with Iran over issues that they disagree. Ambassadors have not been named yet.
In November last year, both countries named nonresident charges d’affaires. The move was a sign that they were mending their diplomatic ties. Members of the House of Commons wanted assurances from William Hague that the decision won’t lead to a change of policies towards Iran.  Tehran has been at odds with European countries, the US and Middle Eastern states over its controversial nuclear program. It claims that it is for peaceful purposes.  Hague stated that establishing contact with Iran is one of the meaningful ways towards having sincere discussions on the nuclear weapons program and Iran’s support for terrorist groups.
The reopening of the embassies came after a telephone discussion between Hague and Javad Zarif, Iran’s foreign Minister. Hague said they both agreed that it was the right time to open their embassies but it is still too early to set an exact date for the exchange of ambassadors.
Iran is considered as an influential state in the region that can have a major role to play especially during a period when instability is marring several countries. “We look to Iran to cease support for sectarian groups elsewhere in the Middle East and to reach a successful conclusion to nuclear negotiations,” Hague said, adding that it was important to discuss those issues with Iran, and “we need the ability to do so.”