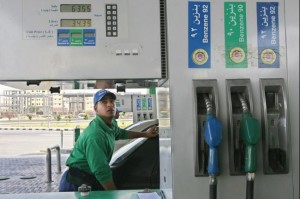 The Egyptian population seems to be entangled in a conflict of interest with international oil companies dealing with the government. The decision to slash its subsidies on fuel and gas is very unpopular in the country but the international oil companies welcomed the decision. Fuel prices have rose by more than 70% during the weekend as the decision came to force.
Companies such as British Petroleum and BG Group, and Shell are owed billions of dollars by the government. Subsidies are believed to have slowed Cairo’s effort to honor its dues.  Subsidy costs account for more than 20% of Egypt’s national budget.
The spokesperson of Royal Dutch Shell said that the “subsidy burden” has been having negative impacts on the Egyptian General Petroleum Corporation because it was affecting its “fin¬ancials and profitability significantly” thereby limiting “its ability to pay its receivables to international oil companies.”
Companies will be hoping that the government will soon begin to pay its debts. The slashing of the on fuel and gas subsidy seems to be a piece of positive news for them but they have stopped short of acknowledging. BP and BG Group declined to comment.
The Royal Dutch Shell Spokesperson added that subsidies are also a “burden” to the government because they oblige the government “to impose a ceiling on gas prices” thereby “dampening the investment incentive” of oil companies and indirectly “affecting the long term supply of gas.”
Another oil industry source agreed that the move was “a step in the right direction for the Egyptian economy” and was “something that needs to happen for the government to start repaying its bills.”
Meanwhile, a delegation comprising of the Finance, Petroleum and Investment Ministers have headed to the United Arab Emirates to promote investment opportunities.