Iran is increasing its efforts to boost its defense capabilities as it continues to produce local weapons for its defense forces. In its latest move, it unveiled a rocket launcher named “Falagh” and a new tactical heavy vehicle dubbed “Zafar.” Iran’s Defense Minister, Brigadier General Hossein Dehghan, was at the presentation ceremony and hailed the achievements of the pioneers behind Falagh and Zafar. 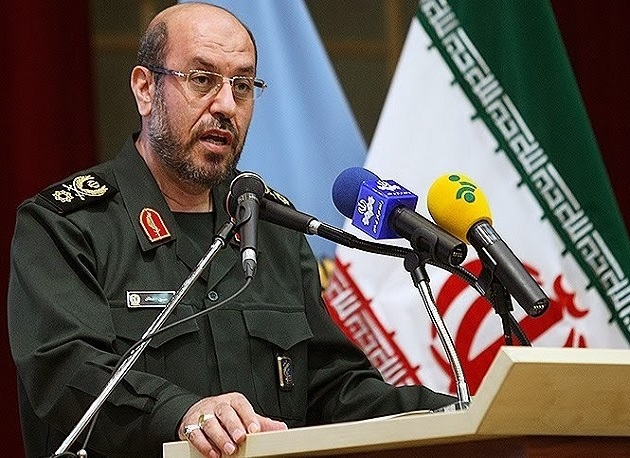 Iran has been manufacturing and developing its own tanks, armored personnel carriers, missiles, radars, boats, submarines and fighter planes since 1992. Local reports are claiming that the country has attained self-sufficiency in producing essential military equipment and systems.

Falagh-1 (240 mm) and Falagh-2 (333 mm) rockets are among the most powerful Iranian land weapons. The two rockets are surface-to-surface rockets. The newly made “Falagh” launcher can hit targets within the range of 10kilometres and will be used to launch the above named rockets. Among the advantages of the Falagh launcher is its portability and high mobility coupled with its short deploy and launch time.

The heavy tactical Zafar vehicle can carry a load of 24 metric tons within a range of 800 kilometers and move smoothly with it in impassable areas. Zafar can carry all types of launchers, missiles, rockets and command posts.

Iran has been strengthening its defense muscles amid the growing tensions in the Middle East. Some western countries think that Iran poses a threat to the region especially with its nuclear program that it says is for peaceful purposes.

Countries such as Saudi Arabia, Bahrain and the United Arab Emirates are among the countries that are very wary of Tehran’s activities. They consider it as a threat to Sunni regimes because they think that it backs Shia political movements in their countries.