Human Rights Watch has vehemently denounced the horrific abuses committed by the Islamist Boko Haram group against the women and girls it abducts as well as the Nigerian Government for its failure to provide protection to these victims. 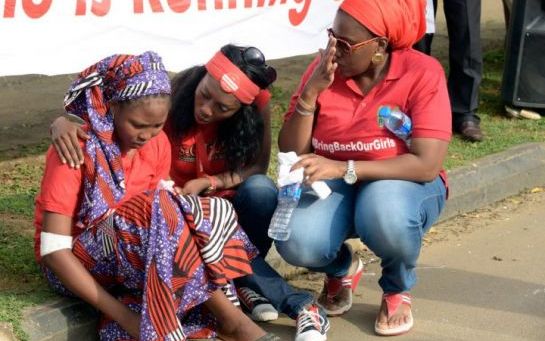 Women and girls abducted by the Islamist group Boko Haram are forced to marry, convert, and endure physical and psychological abuse, forced labor, and rape in captivity, Human Rights Watch said in a report released on Saturday.

The 63-page report, “‘Those Terrible Weeks in Their Camp’: Boko Haram Violence against Women and Girls in Northeast Nigeria,” is based on interviews with more than 46 witnesses and victims of Boko Haram abductions in Borno, Yobe, and Adamawa states, including with girls who escaped the April 2014 abduction of 276 girls from Chibok secondary school.

The report includes heartbreaking testimonies by the group’s victims and also translates these victims’ frustration for insufficient support from the Nigerian government.

The statements made by the victims suggest that the Nigerian government has failed to adequately protect women and girls from a myriad of abuses, provide them with effective support and mental health and medical care after captivity, ensure access to safe schools, or investigate and prosecute those responsible for the abuses, says the report.

The report also pointed the finger at Nigerian security forces for the abuses they commit when responding to the attacks by Boko Haram. Since 2009, security forces have used excessive force, burned homes, engaged in physical abuse, “disappeared” victims, and extra-judicially killed those suspected of supporting Boko Haram, underlines HRW, deploring that only few members of the security forces implicated in serious violations of humanitarian and human rights law, including violations against girls and women, have been prosecuted.

To ensure accountability, Nigerian authorities should investigate and prosecute, based on international fair trial standards, those who committed serious crimes in violation of national and international law during the conflict, including members of Boko Haram, security forces, and pro-government vigilante groups, recommends the NGO.

In addition, the government should provide adequate measures to protect schools and the right to education, and ensure access to medical and mental health services to victims of abduction and other violence. The government should also ensure that hospitals and clinics treating civilian victims are equipped with medical supplies to treat survivors of sexual and gender-based violence.

The international community should encourage and support transparent investigations and prosecution of perpetrators of human rights abuses by Boko Haram as well as violations by government security forces and allied groups, and should assist the Nigerian government to provide protection for schools as well as physical and mental health care to all victims of abductions and other violations perpetrated by Boko Haram.

Boko Haram, which roughly means in the Hausa language “Western education is forbidden” religiously, has abducted more than 500 women and girls since 2009, and intensified abductions since May 2013, when Nigeria imposed a state of emergency in areas where Boko Haram is most active.

And while HRW was releasing its report, the group expanded the list of its victims by abducting some thirty teenagers in Borno State, showing thus that it is not prepared to end its terrorist activities.