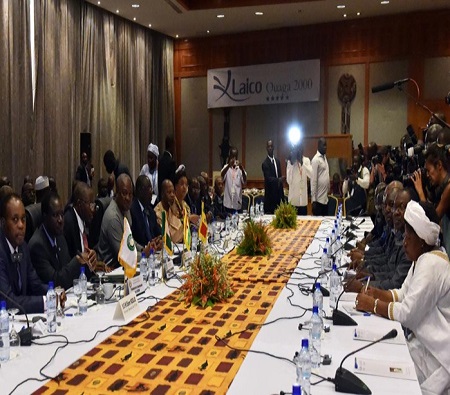 The text was to be submitted on Monday to the army, which took over control of the country after the resignation of President Blaise Compaoré, before the adoption of a single document summarizing the transition proposals and drawing the profile of the officials that will be at the helm of the country during the transition period.
The Charter specifically provides for a civilian interim president, the formation of a cabinet of 25 ministers that must take into consideration in its composition women, youth, trade unions and the Diaspora, and a transition Assembly of 90 deputies. It was decided that the members of the transition Assembly could run for the presidential and parliamentary elections scheduled for November 2015, while the president and the members of the transitional government will be excluded from the polls.
The document also proposes the creation of a National Reconciliation and Reforms Commission that will be entrusted with restoring and strengthening social cohesion and national unity.
President of Mauritania and chairman of the African Union, Mohamed Ould Abdelaziz, who visited Ouagadougou on Monday for talks with Lieutenant-Colonel Isaac Zida, current strongman of the country, said that the continental organization does not intend to sanction Burkina Faso.
The African Union (AU) will accompany Burkina Faso and will participate in the solution of the crisis, he said insisting that the solution will come from the people of the country.
About Khalid Al Mouahidi 3949 Articles
Khalid Al Mouahidi : A binational from the US and Morocco, Khalid El Mouahidi has worked for several american companies in the Maghreb Region and is currently based in Casablanca, where he is doing consulting jobs for major international companies . Khalid writes analytical pieces about economic ties between the Maghreb and the Mena Region, where he has an extensive network