Carin, a British based energy company, has announced that it has found oil along the northern coast of Senegal in West Africa. The announcement came barely two months after it made a similar discovery in the same country. The latest discovery is situated around 100 kilometers away from the coast. 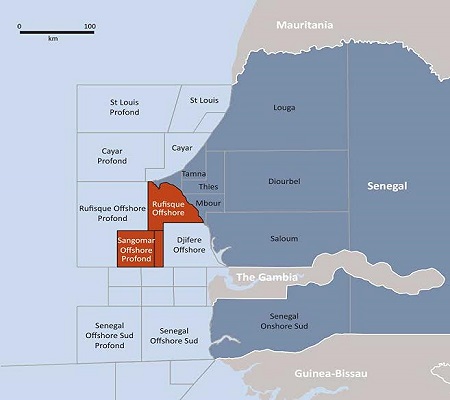 Initial results from the SNE-1 have shown that the well has intersected a 95-m (311-ft) gross oil-bearing column with a gas cap, with net pay of 36 m (118 feet) of 32° API crude. It also has an estimated production capacity of around 150-670 million of recoverable resources.

The two wells are the first to be drilled in Senegal’s offshore deep water for the past 20 years. The latest discovery is already being deemed commercial ahead of further analysis. The Chief executive Officer of Carin, Simon Thompson, described the initial test results showcase “significant oil find for Cairn and Senegal and based on preliminary estimates is a commercial discovery and opens a new basin on the Atlantic Margin.”

The Senegalese government will be delighted with the news as it awaits conclusive results of both wells that will help to decide on the optimal follow-up drilling locations and determine the extent of the oil accumulations.

Thompson stated that “on completion of the SNE-1 well the joint venture along with the authorities in Senegal [we] will evaluate all of the information to understand how best to take forward these basin opening discoveries with an appraisal drilling program in 2015.” The company is already aiming at furthering its exploration potential across West Africa’s acreage position.

The company could sell its 40% of its stake in order to finance its 2015 exploration work in northwest Europe and Morocco.