The United States which committed at the first U.S.-Africa Business Forum held in Washington last summer to upgrade its trade with Africa started materializing its pledges with the appointment of a new President’s Advisory Council on Doing Business in Africa (PAC-DBIA). 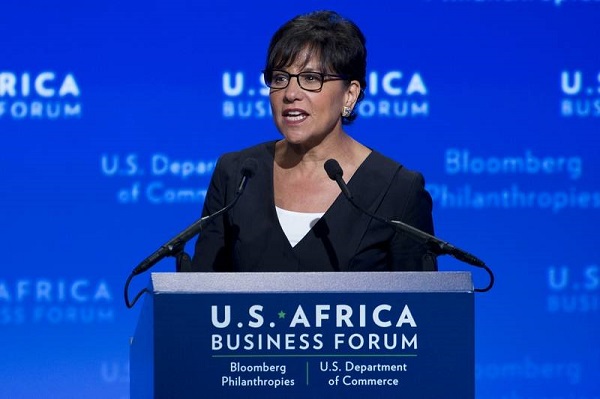 The appointment of the new council was announced last week by U.S. Secretary of Commerce Penny Pritzker who introduced the 15 private sector leaders to sit in the PAC-DBIA.

The PAC-DBIA members represent small, medium and large companies from a variety of industry sectors. They will advise President Barack Obama, through the secretary of commerce, on ways and means of strengthening commercial engagement between the United States and Africa, said Mrs Pritzker while attending the Discover Global Markets Forum held in Atlanta.

“Africa is home to six of the 10 fastest-growing economies in the world, and the demand for U.S. goods and services on the continent is high,” Pritzker said. “The President’s Advisory Council will be a critical part of our efforts to strengthen our trade and investment ties across Africa, so we can do more business together.”

The Council, part of President Obama’s commitment to promote broad-based economic growth in the United States and Africa by encouraging U.S. companies to trade with and invest in Africa, will provide information, analysis and recommendations on U.S.-Africa trade and investment priorities.

According to the Department of Commerce, the council will explore ways of building lasting commercial partnerships between the U.S. and African private sectors, facilitating U.S. business participation in Africa’s infrastructure development, and contributing to the growth and improvement of Africa’s agricultural sector by encouraging partnerships between U.S. and African companies to bring innovative agricultural technologies to Africa.

It will also provide information and recommendations on U.S. and Africa job creation, on means of strengthening commercial partnerships to increase U.S. public and private sector financing in Africa, and building the capacity of Africa’s young entrepreneurs to develop trade and investment ties with U.S. partners.

According to the Commerce Department, U.S. merchandise exports to sub-Saharan Africa increased 58 percent from 2009 to 2013, reaching $24 billion in 2013. The annual growth rate of U.S. goods exports to sub-Saharan Africa has outpaced the rate of growth of exports to the world during this same period. Total U.S. exports of goods and services to the continent of Africa reached $50.2 billion in 2013, representing total growth of 39 percent since 2009, or a 9 percent annual growth rate.