US State Department spokeswoman, Jen Psaki, has replied to Nigeria’s Ambassador Prof. Adebowale Adefuye comments that the US has refused to sell lethal weapons to the Nigerian military which continues to fight against Boko Haram militants in the North Eastern part of the country. Psaki claimed that they didn’t respond favorably to Nigeria’s request to acquire Cobra helicopters because of doubts whether it has the “ability to use and maintain this type of helicopter” and urged Nigeria to obtain “weapons and equipment from other sources.” 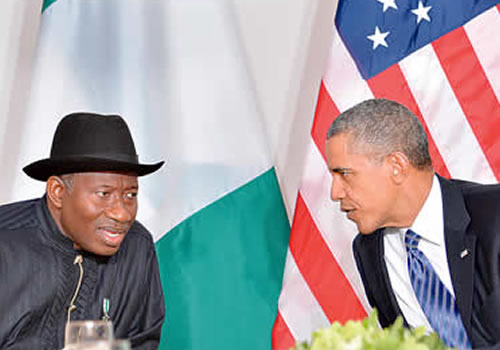 At the beginning of the week, Ambassador Adefuye said that the U.S government has “refused” to sell “lethal equipment that would have brought down the terrorists within a short time” on the basis that the Human Rights of Boko Haram militants are violated by the military when they are under their custody. He is baffled by such a decision which continues to allow Boko Haram to expand and become more deadly.

Spokeswoman Psaki said that although they have “provided a great deal of assistance over the past several months” to Nigeria, the request for the helicopters will not be granted. She added that they will continue to cooperate with Nigeria and “help it acquire the systems and skills needed to restore peace and security.”

Boko Haram, an extremist Islamist group, has been attacking public places with bombs and sometimes takes school children as hostages. The Nigerian Ambassador believes that the lethal weapons they need must be supplied to end the brutality but Washington thinks that its refusal should not affect its efforts. She said “Nigeria has purchased helicopters that originated in countries other than the US and nothing in our decision prevents Nigeria from obtaining weapons and equipment from other sources.”